In 1951, our founder Doris Allen held the very first camp in Cincinnati Ohio, USA. Children from 9 nations, the USA, Mexico, Denmark, Germany, Austria, England, France, Sweden, and Norway lived together for four weeks, with the aim to foster greater intercultural understanding and friendship in those children. Doris Allen believed that by creating opportunities for children of different cultures to come together to learn and make friends, they would grow up to become ambassadors for a more just and peaceful world. The experience proved to be remarkable and sparked an incredible 71-year journey to where we are today.

40 years later, in 1991, CISV International held its first reunion meeting in Gilleleje, Denmark where we gathered as many children as possible from that very first camp. This was an extremely special moment. Old friends were able to reunite, share the stories of their lives, and discuss the importance of the CISV experience. The meeting was a great success and the group decided to continue to meet in the future.

Since the first reunion in 1991 the first group has continued to regularly meet all over the world:

In 2022, the group went back to where it all began, Denmark, but this time in the charming town of Hornbæk. Eight of the “children” from the first camp in Cincinnati in 1951 came together with their spouses to celebrate their ongoing friendship, spanning 71 years. 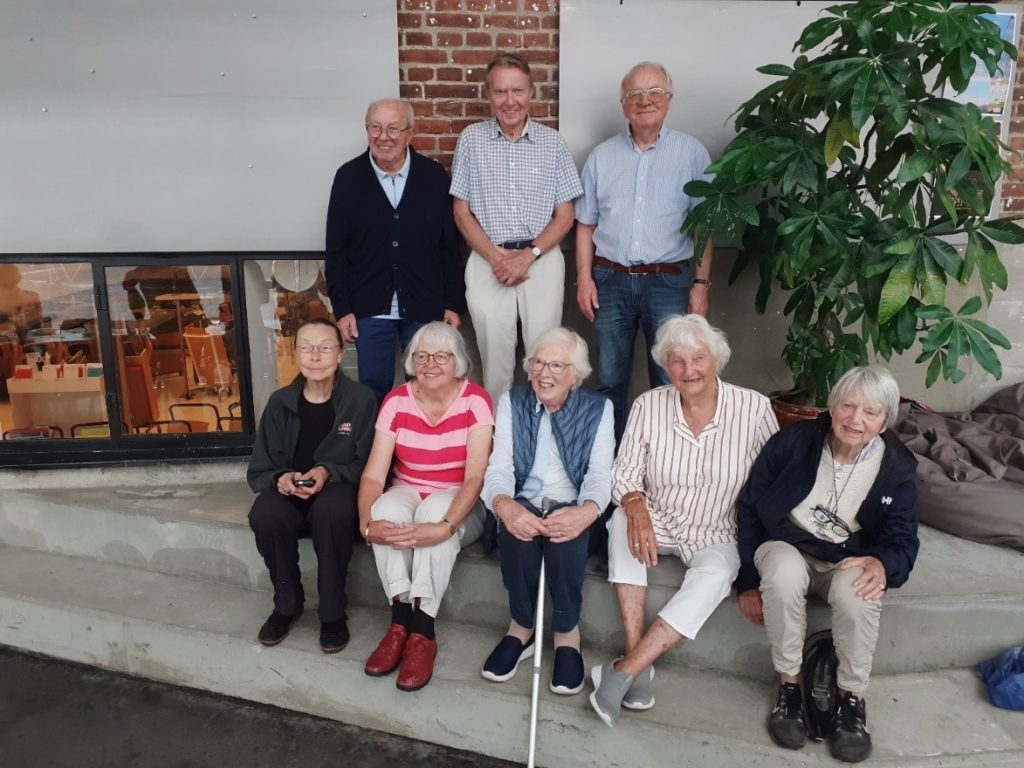 The following 1951’s participated this year:

Pernille Roger Münster-Swendsen and Søren Møller provided a delightful account of their time in Denmark.

“We stayed in a very nice hotel in Hornbæk from August 25 till August 29, a small very charming village just near the northern coast of Sjælland. The hotel had several rooms which were perfect for our chats and more serious meetings.

Saturday, August 27 we all drove to Kronborg Castle. One of the spouses Michael Harvey always desired to make Hamlet’s monologue at the old castle. So, the whole group went into the Kronborg castle where he, in the very dark room in the casemates, made a fantastic and deeply touching performance of Shakespeare’s monologue with an introduction by his wife Anne-Charlotte.

Afterward, we had our lunch at the old shipyard just opposite Kronborg. We had made an appointment with 2 young Danish CISV members, so they joined us to eat lunch and interviewed several of us from the very first camp in Cincinnati in 1951.

Sunday, August 28 some of us drove to the well-known art museum Louisiana, not far from Helsingør. And some just stayed and had a nice time in Hornbæk. We had a very delicious farewell dinner at a restaurant not far from our hotel.

Monday, August 29, we had breakfast together. After that, we had to say goodbye.

We all went out to our cars and standing there we sang the first CISV song, music composed by the first Danish male leader Bjarne Kirk and with text written by the female English leader Mrs. Milne.

We still have very much to talk about and feel very near to each other when we meet.

Before leaving we decided that the next reunion will take place in England in 1 ½ Years’ time. We will then be around 85 years old, but hopefully still going strong.”

At CISV we are very proud of our history. Over the years, beginning with that first Village, CISV volunteers in our Chapters have organized well over 7,000 international educational programmes for some 300,000 participants, and it is incredible to think that it all began with this first group. Their reunion embodies the best of CISV and if you had any doubt that children can form global networks and friendships that last a lifetime at CISV, then look no further than the very first participants.